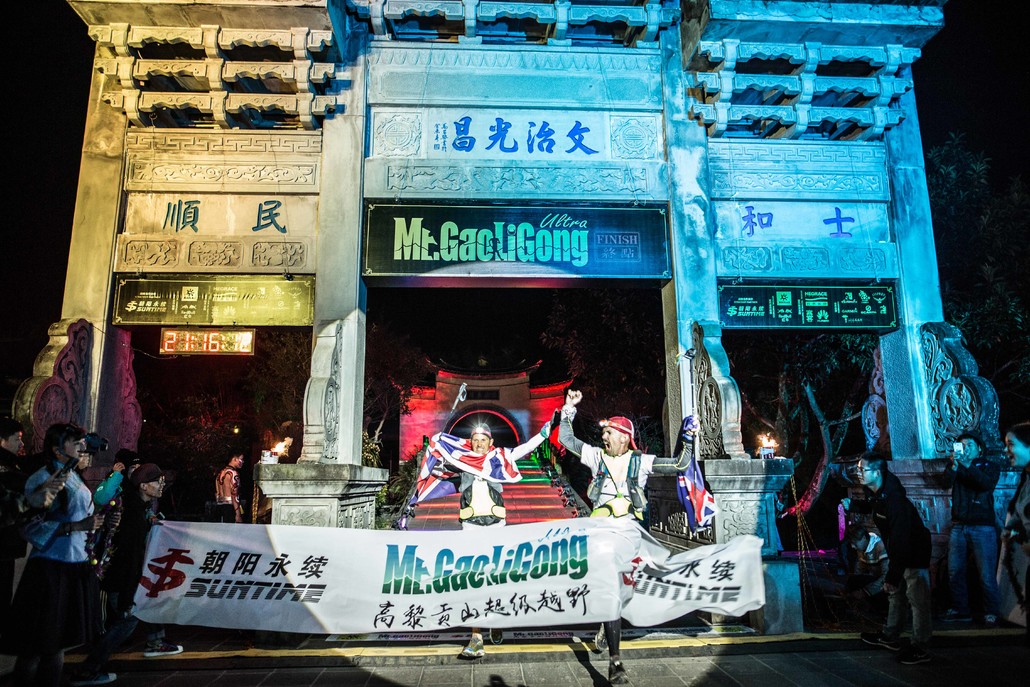 Having never been to China before, when the opportunity arose to travel and take part in an inaugural 100 mile race in this vast country I had to grab it with both hands. The Mt Gaoligong Ultra was being held in the Yunnan Province starting in the town of Tengchong. Not only was this town a gateway to the Gaoligong mountains bordering on Myanmar (Burma), but it was steeped in a very interesting history.

Tengchong is a key location of the jade industry, and held a very important position on the ‘Silk Road’ connecting China through Asia and into Europe. We were going to be fortunate enough to travel some of the cobblestone paths that many a weary worker had trekked before. There was also a great history in the town from World War II, where the US helped stave off great attacks from the Japanese and save the area. The race already had a story, and not a step had been taken on the course in competition yet. 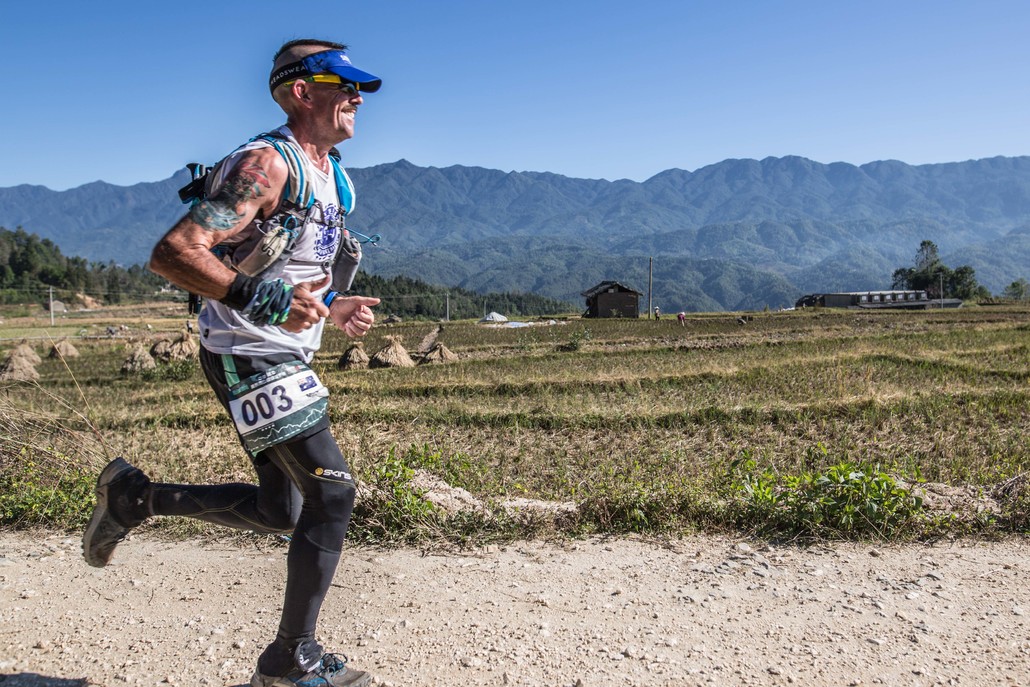 I first heard about the race whilst attending the race check in at Badwater 135 last year. The Chinese sporting company responsible had a representative there to see how the event was being administrated and organised. The representative had also been to Hardrock 100 to gain knowledge from another iconic event too. So when I received my first of many emails from the race committee I knew that this would be a very well organised and special event that I would be experiencing. They had also commandeered the services of Chris Kostman to assist in the launching and management of this new event. Chris is the man behind the growth of the Badwater brand and events that are known to many around the world.

After a couple of flights and 18hrs later I was at Tengchong Airport with a posse of International runners and we were greeted with a traditional welcome and a bus to the hotel. The hospitality and organisation had already hit top notch, I thought this would be hard to maintain. After a buffet dinner where I got to meet some new characters and get re acquainted with a few of the Badwater family that had made the trip also, it was time to get some needed sleep.

Due to the late official announcement of the race and the remoteness from China’s major cities, the race had a starting list of 53 runners. I would say that half of these were made up from International runners of all pedigrees. The big talk around the tables was how long did we think it would take and who was favourite. I had no big preconception as to the finishing time, as it was a big unknown. All I could do was try and compare it someway to a UTMB time. This course had close to 8800m of vertical elevation and the same in descent. It was also a tad longer than 100 miles, sitting at 168km (104miles). My thoughts were that around 24hrs would be a great time and I was going to aim for just under that, the rest would just take care of itself. There were some great ultra - marathon runners from all around the world, One of the American ladies, Andrea had just completed the famous Grand Slam of 100 milers in the US. Hats off!!

Standing on the start line that was like a movie set combined with a gladiator presentation, little did I know that the next 21hrs 16mins were going to be one of the most fulfilling journeys that I have taken in my life to date. As we took off through the streets of Tengchong behind a police escort and the sound of drones buzzing above I could not stop smiling and lapping up the experience heading through the streets and into the mountains.

There were 14 Checkpoints for the race and quite evenly spaced. With close to 600 volunteers and staff that were supporting the race is was no surprise as to the attention we received at each aid station. Even with a distinct language barrier, we were getting the highest of service you could imagine. The aid stations were a sight to behold, each one having its own theme and story to tell. I haven’t had the fortune to experience an event like UTMB yet, but could just imagine that this was as close as it would get to the checkpoint experience. Sometimes it was hard not to get caught up in the emotion of it all and stay for a while to sit and chat with the locals.

Out on the course, the locals were out in force as we ran through villages, farms along windy tracks. Throughout the night there were little pockets of supporters who had fires going by the side of the course, and sometimes in the most obscure locations! The course had everything a race could throw at you in its 168km journey running on and through: gravel and cobblestoned roads, open meadows, technical climbs and descents on single track slippery with mud and tree roots, stream crossings, rock stair climbs, wooden swing bridges, paved road and endless running in a beautiful forest canopy. Some of the climbs and descents were relentless, there is hardly a switchback on the course. So it was either straight up or straight down!! Whilst I was running along in the night with Dan Lawson from England towards the end of the race, we looked up at one of the climbs in confusion. Looking towards the sky we couldn’t work out if it was the stars we were seeing or one of the 15,000 reflective markers that had been put out to mark the course!!  It was a reflective marker we found out 10 mins later as we sat slumped on a rock catching our breath! 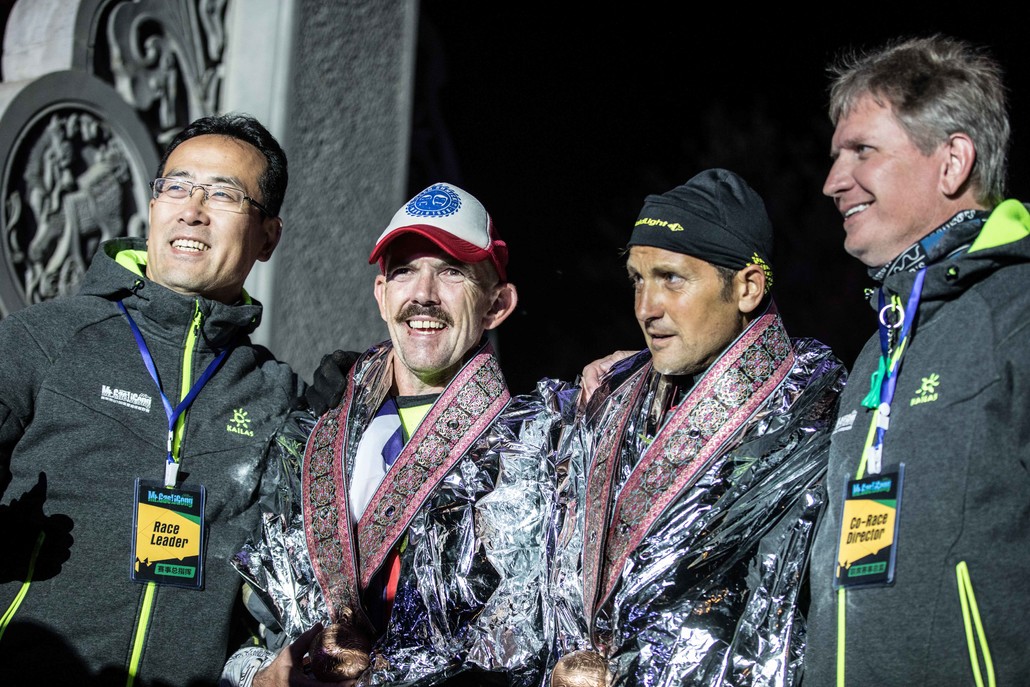 After battling through the night and having an absolute blast on the course (I could not keep the smile off my face), we hit the ancient town of Heshun. It was here with about 2km to go that myself and Dan spoke first about crossing the line together. With that much mutual respect and that fact that we had been pushing each other for the last 3 hrs, we agreed that we would finish together. As was the case at Badwater, we were on a journey and that was what mattered most. We had smashed our predicted times by a massive margin and were blessed to have been able to run a good time on this course. We were also pushed the whole way by another great guy from England, Nathan Montague. A very talented multi day runner and also a Team GB representative, and probably the guy with the biggest calf muscles in the world!!

The finish line was the icing on the cake. As we neared the finish line you could see the bright lights on the bridge where the gate was. You could hear the race announcer calling out to the crowd that the runners were coming. I had chills run down my spine. About 200 metres from the line a race staff member handed Dan and myself flags of our country. This was such attention to detail. We run over the bridge and underneath the gateway to a finish that you could only dream about. This fanfare and celebration was not only reserved for the first few that crossed the line, but for every single runner as dawn broke and many started to come home. Each time, a runner was given their nations flag for the finish chute. The biggest cheer of the day was when the American Bob Becker crossed the finish line. At 71 years young and such an inspiration in American Ultra running, Bob had a unique story that aligned with this race. His father, 73 years ago was part of the American bombers called the flying Tigers. They were based just an hour’s flight away in Kunming. Bob’s father survived numerous combat missions flying deep over the Gaoligong mountains, thus disrupting the Japanese supply route. 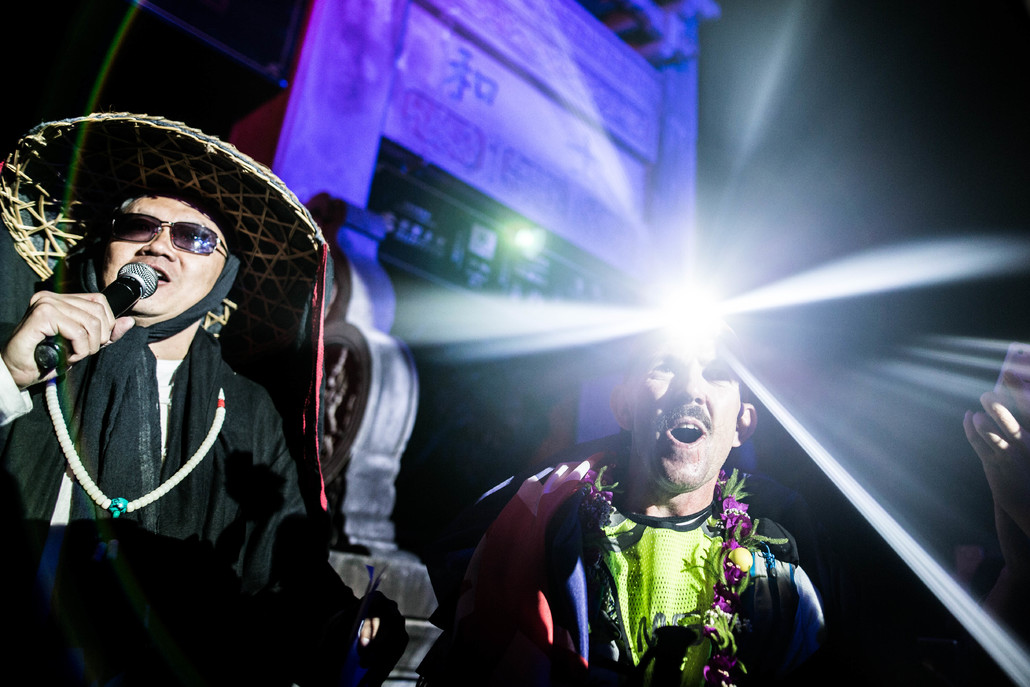 The whole town and race had embraced this story and rode with Bob on his journey, it was magnificent to be a small part of it. The motto of the race was ‘Be your own champion’ and the race aim was: “Not to win or compete with others. The special 100-mile cross-country trip around Mt Gaoligong provides an opportunity to challenge and find yourself. Through feeling the nature, discovering the history, exploring what’s inside of you here, you will find new possibilities and be your own champion”

There was a quote after the race from a great guy who probably had the coolest name in the race, Jimmy Dean Freeman. He said not long after finishing ‘You either have a great race or a great story, rarely do you have both’.

How correct that is, I am eternally thankful to have had both at this event. It will stay in my happy thoughts forever.

To ensure transparency, I disclose that I was invited by the race to attend with travel and entry provided. This in no way though reflects my experience and writing of this report. For this race there were very competitive accommodation and tour packages available, that I hope will be available for the next event. It is a bucket list item for sure.