Sunmaya Budha is Asian Skyrunning Runner-up and one of the most talented young trail runners in Asia.

She is 22 years old, and comes from Jumla, central Nepal. Jumla is poor, one of the poorest places in Nepal. Sunmaya grew up in poverty - her family work the small piece of land and barely make enough to eat. Sunmaya’s mother cannot read and write. Sunmaya herself grew up walking across the mountains, barefoot, carrying loads of vegetables and firewood. She grew up tough, and she had one talent – running.

Harry Rokaya, a famous Nepali mountain runner, and the winner of the six – time winner of Everest Marathon spotted Sunmaya at a school race. He then invited her to train full-time at “Karnali Sports Club” – a full time training base. Here young Nepali runners live together and train full-time running twice day. Some aspire to become professional mountain runners, some want to win races and then get into Nepali Army, who like to recruit successful athletes. Army means stable job and a pension.
Life at Karnali Sports Club is hard – it is cold, there is not enough food, the runners lack basic equipment, and they run twice a day, on track and in the mountains. “Sometimes I was so hungry that I had to make myself sleep to forget about the hunger” Sunmaya told me about her life in Karnali Sports Club.

In 2015 Sunmaya was invited by Richard invited to Manaslu Trail Race, a 200km stage race around the 8000m high Manaslu Peak in the Himalaya. Sunmaya won – first woman and 5th overall. It was obvious that she was incredibly talented and Richard Bull, Trail Running Nepal and Lloyd Belcher, a Hong – Kong based running photographer decided to help. 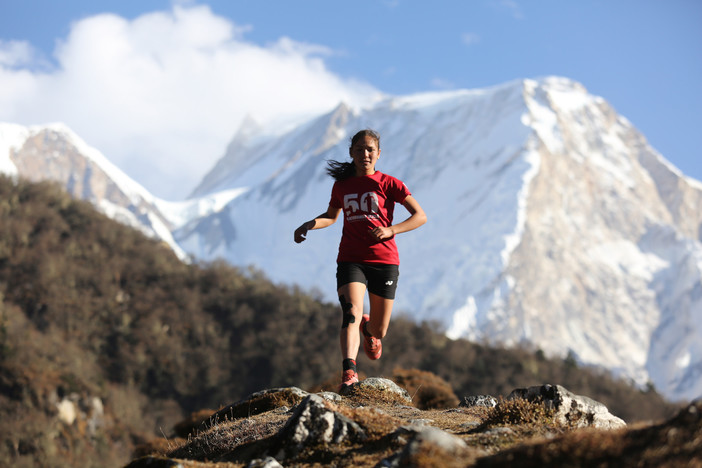 Richard helped Sunmaya get a passport, collected money for plane tickets and Sunmaya raced in Asian Sky Running Championships in Hong Kong where she came second. In the Vertical Kilometre race before, she was also second, beating the then current UTMB champion Caroline Chaverot.

Richard Bull teamed up with race organizers and brands to develop Sunmaya’s talent. Solomon invited Sunmaya to Europe where she trained with Solomon international team and then came 7th in Mont-blanc Marathon, a fantastic result against the best runners in Europe.

in Chamonix with Mira Rai

Now Sunmaya is now training to be a full-time mountain runner, and she is living for a while with Lloyd Belcher and his family in Malaysia – Lloyd’s daughter Anya is teaching her English.

It is an honour to invite Sunmaya as an elite runner to Gaoligong by UTMB! 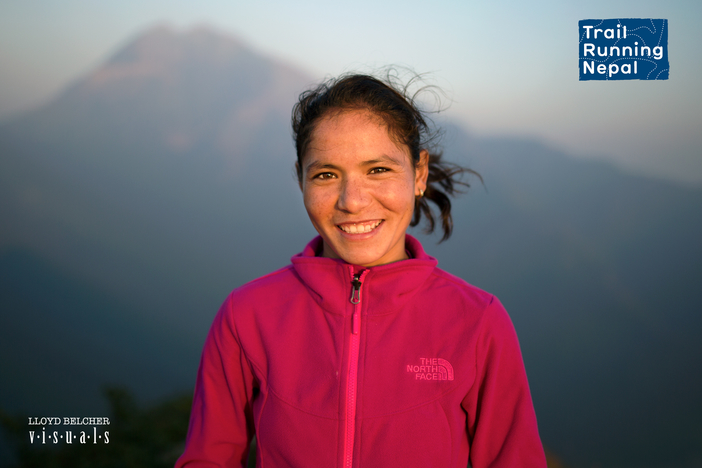